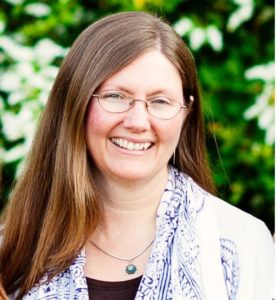 Christie’s current creative project is the Deep South Dharma podcast, which she produces and releases weekly. Known for warmth and ability to “translate” between traditions, Christie was ordained a Dharmacharya (Buddhist minister) in October 2016 by Venerables Pannavati and Pannadipa after practicing a dedicated contemplative path since 1985. As spiritual director, Licensed Professional Counselor (TN and MS), the author of Accepting Your Resurrection (2008), and now podcaster, Christie seeks to help people find the courage to hear and follow the wisdom of their authentic Buddha nature. Her training has included family recovery, contemplative Christian and Buddhist practices, which led her eventually to the Dharmacharya Path. She was instrumental in the establishment of Buddhist recovery circles in Nashville, TN and was founder and teacher of Embracing Simplicity Nashville from 2014-2019. Since relocating to Oxford MS in the Spring of 2019 to play at grandmothering, Christie has co-founded Deep South Dharma, a Buddhist community with offerings locally and globally. Her chief interest is to help practitioners see through delusions of self so as to be mirrors of truth and beauty in a hurting world. Information on groups, retreats, and the Deep South Dharma podcast can be found at deepsouthdharma.org 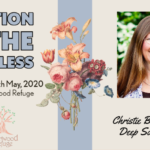 Where we spend time, energy and attention determines our experience of life. Do we spend these valuable currencies investing in suffering or freedom? We typically spend so much of our time lost, fused and mis-identified in what is not self, with what is unreliable and inconsistent. This is what is called conditioned existence. It’s painful, discouraging and exhausting. We want to find what is reliable. We long to know and feel rooted in the Unconditioned, where we can experience joy, take courage and be invigorated. The  example and teaching of the Buddha tells us that we can have this kind…

Please join us LIVE on Facebook on Tuesdays &  Sundays at 12pm EDT.